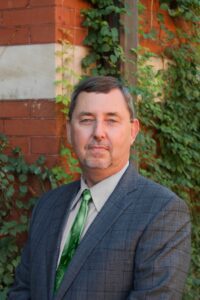 Jessie Bellard is a lifelong resident of St. Landry Parish. After graduating from high school, he went to work for Bellard’s Poultry. Bellard then went on to become a volunteer firefighter with Hope, Hook & Ladder Co 1 of Opelousas in 1985 before joining the Opelousas Fire Department in 1992. During his time with OFD, Bellard worked as an arson investigator. In 1997, he became a reserve police officer for the Opelousas Police Department, a title which he still holds. Bellard retired from the fire department as a Captain in 2013.

On January 12, 2004, Bellard began working with Parish Government the first day of its becoming a Home Rule Charter. The Home Rule Charter was approved by the voters of St. Landry Parish in October 2002. Bellard became Director of Administration shortly after and continued in that position until September 2014. In this position, Bellard worked under and learned from the two previous administrations.

After his time with both administrations, Bellard began working for the Louisiana Department of Agriculture and Forestry as a Livestock Brand Officer, where he covered 20 parishes and investigated agriculture crimes.

While Bellard is proud of his career, he is most proud of his beautiful family. Jessie has been married to Melissa Brown (Eunice). Together they have 3 children, Brittany (Michael Barron), Brandie and Donald (Drue Bourque), and four grandchildren, Zachary Jude Courville Dakota Martin Bellard, Seth Barron, and Matthew Barron.

Call for an appointment during the COVID-19 pandemic.